As a part of your exceptional recruitment strategy, you have shortlisted the best candidates and scheduled an interview with them. Even if you have filtered and separated out the best of the applicants, there is still a chance that an occasional bad hire makes it to the interview. It is important that you spot them in the interview and weed them out. Look out for the following red flags for hiring new candidates. 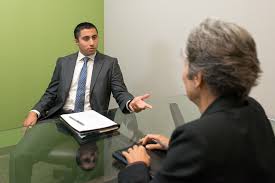 A candidate turning up late for an interview is never a good sign. It shows that they do not value the company’s or interviewer’s time. If they are late for the interview, they most probably will exhibit tardiness at work too.

A good candidate will let the interviewer know that he is running late. If they have a sincere reason for getting late and called ahead to inform the same, do not discount them.

How a candidate dresses up for the interview speaks a great deal about them. If they have dressed up well and look presentable, it will translate into their work too.

If they are dishevelled or dressed untidily, it may indicate that they are lazy or don’t put in much effort. The same would extend into their job as well, making them a bad hire.

You can look for signs that suggest they don’t plan to stay long at the job.

For instance, if they talk about their spouse working on the other side of the country, ask if the spouse plans to move to at some point in the future to join them.

If you feel like the candidate is overqualified for the job, unless they give good reasons why, then they might just be looking for a temporary job before moving on to better opportunities.

On the flip side, if they ask questions about their career progression then this can be a good sign they intend to stay a while.

Speaking ill of a former employer is one of the biggest interview red flags. The candidate may have had bad bosses or unpleasant experiences at their previous job. But, that doesn’t mean they spend time badmouthing their former employer in the interview.

If they are talking inappropriately about their current or former employer, there is no guarantee they won’t talk negatively about you in the future. Why would you want to hire an employee who may tarnish your reputation sooner or later?

Another interview red flag for employers is when the candidate only talks about paycheck or perks being offered. If they speak only about the money, they are more concerned with what they can get rather than what they can contribute.

There is nothing wrong with someone being enthusiastic about the opportunity to join your company. However, can they articulate good, specific reasons why they want to join.

Fake enthusiasm doesn’t take too long to die down. There is no way to know if they continue to be bubbly after they get the job and become surly instead.

Hiring a wrong candidate will cost you more than hiring a new candidate. Look out for all the possible red flags and be absolutely sure that the candidate you are interested in is the best hire.

Author Bio: Kelly Barcelos is a progressive digital marketing manager for Jobsoid – Applicant Tracking System. She is responsible for leading the content and social media teams at work. Her expertise and experience in the field of HR enables her to create value-driven content for her readers – both on Jobsoid’s blog and other guest blogs where she publishes content regularly.